Definitive Ranking of the 12 Main Celsius Energy Drink Flavors, From Meh to Must Have

Celsius energy drinks gained immense popularity in recent years, but the brand has actually been in existence since 2005, gaining some notable momentum in the early 2010s. The Boca Raton-based brand has certainly evolved over time, now with 12 main flavors, spotted at every gym and grocery store in town. With so many flavors to choose from, a Celsius energy drink ranking is the only way to help you weed out what’s worth trying, and what’s worth leaving on the shelves.

Because I’m a diehard Celsius fan—and have been since I discovered it at an HBO gifting suite, of all places, in 2009—I’ve obviously tried every flavor. So I can proudly and confidently break each of them down for you. While no flavor will steer you wrong, some are tastier than others. Keep reading for my definitive Celsius energy drink ranking from meh to must have!

Grape is a divisive flavor. Much like cherry, it’s unanimously a love or hate consensus. And, well, I hate it. Ok, hate is a strong word, but I don’t love it. The good thing about grape flavoring is you always know what you’re going to get. There aren’t typically variations of the polarizing taste. So, if you love grape, you’ll love this flavor—but because I’m on the other end of the grape opinion, this gets a placement at the bottom of the list.

Much like the aforementioned grape, if you’re a fan of cola taste, then you’ll be a fan of this flavor. My qualm, however, is when I think of Celsius, I associate it with nutrition and fitness. When I think of traditional soda, well, it’s quite the contrary. I think the two need to be separate. Leave the cola flavor to a can of Coke, and let the remaining flavors cater to energy drinks.

The apple itself here wouldn’t be too criminal, but I think it needed to be paired with something citrusy like orange. The apple-pear combo is a bit too sweet and doesn’t complement as well as I’d like.

Flavor combinations get tricky when green tea is added to the mix. The taste by itself is totally fine, but when it’s added to another flavor, it doesn’t blend well, in my opinion. I also think raspberry does better when paired with another berry. Plain and simple, this duo just doesn’t do it for me, which is why it’s ranked towards the bottom.

There’s absolutely nothing wrong with this flavor. Orange is what I’d consider a reliable go-to—you’re never going to crack open a can and regret your decision. It’s safe, which is totally fine, but if you seek to excite the palette, I’d move further down the list.

This flavor trio was oh so close to making it to the top of the list! The sourness from the grapefruit and sweetness from the melon was such a pairing—until green tea entered the picture. Unfortunately it lessened the taste’s likability. That said, is it the worst thing ever? No.

While White Claw’s hotly anticipated watermelon flavor ended up being a fizzled out flop, don’t expect the same result from Celsius. The light summertime fruit’s flavor comes through in full effect, leaving me totally refreshed.

Peach and mango are a perfect pairing. I’m not a fan of mango as a solo fruit snack, but in soft drinks, it adds amazing flavor. And, well, you absolutely can’t go wrong with peach in any way, shape or form. This is a delightfully light and airy duo.

The only thing better than peach? Peach in sparkling form, of course! While other flavors on this list are elevated by a dual pairing, white peach is strong enough to stand on its own, confidently. so refreshing!

Strawberry and guava are two flavors unanimously beloved. Whether alone or combined with others, these two are always a hit. So, working together as a standalone duo? Oh, perfection!

The only thing more refreshing than strawberry guava? Kiwi guava! I’m not a fan of either tropical fruit as a whole, but in soft drink form, this is the ultimate pairing. Refreshing? Check. Delicious? Check.

When in doubt, go berries. Like, you really can’t go wrong with any pairing of these highly anti-oxidized fruits. This delicious duo of blueberry and raspberry has all the right touches of sweet, sour and everything in between.

Looking for more rankings? Click HERE for my definitive ranking of the 20 best songs of the 2010s.

It took me a minute to assemble this post—mainly because I’ve been busy rummaging through my very own version of the gift bag I’m going to tell you about below.

For the 11th consecutive year, famed celebrity gifting brand Madison & Mulholland assembled a bag fit for a queen (or an A-list actress). Just in time for Hollywood’s biggest night, the latest selection of swag (valued at $25K!) is going to 2017 Oscar nominees, including Emma Stone, Viola Davis, Nicole Kidman and Natalie Portman.

As I mentioned above, I received a bag of my own. Granted, mine was a modified version (aka no fancy vacation for me!), but certainly plenty to get me excited. So, what are the top coveted items that these stars get to enjoy (regardless of tonight’s awards outcome)? Scroll below for my four favorite items in the 2017 Awards Season Gift Bag (and find out how and where you can score some of these items yourself!). 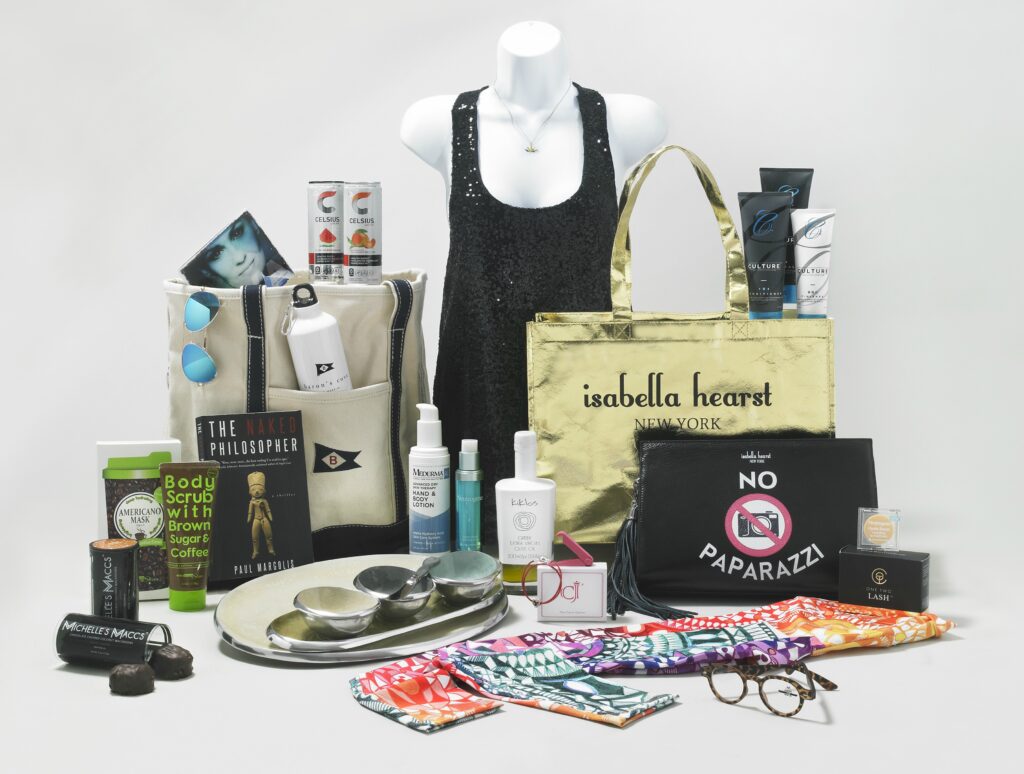 1. Baron’s Cove Sag Harbor Stay: Celeb recipients receive a luxurious, three-night stay in a loft suite in the Hamptons with breakfast for two each morning, a $500 dining credit, two 90-minute massages, yoga daily for two and wine tasting for two at Wolffer Estate Vineyard (when in season). 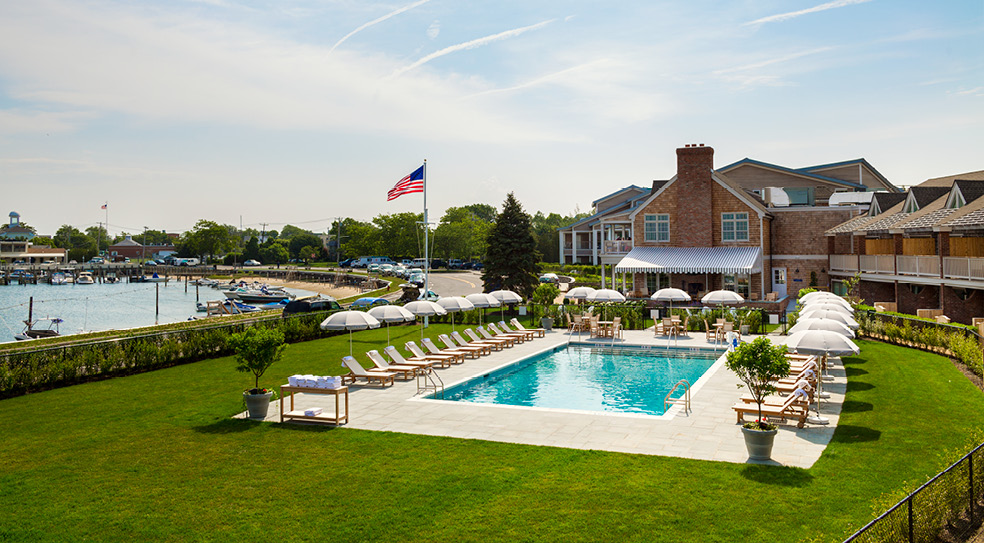 2. OM Shanti Clothing + Celsius Energy Drink: The brightly colored OM Shanti leggings were the first package I ripped open in my gift bag. I love leggings, and this line of them is the ultimate. They fit perfectly and I’m so excited to wear them. The perfect accompaniment to these incredible yoga wears is absolute favorite all-natural energy drink, Celsius. I was stoked to see this in the bag as well. I drink it regularly before a yoga session or any workout, for that matter. 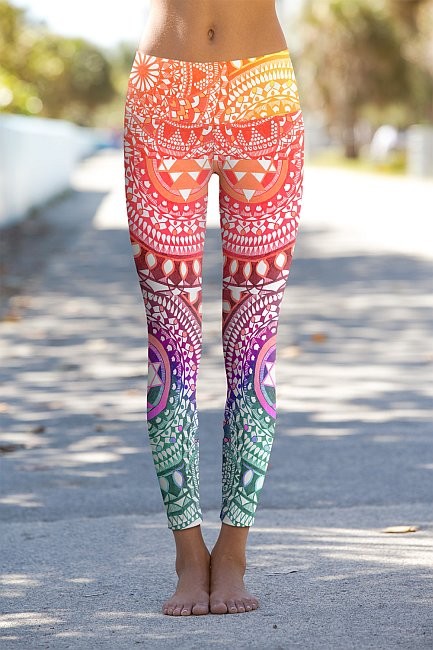 3. One Two Cosmetics Set: I’ll be completely honest, I have naturally long eyelashes (#blessed), but one of my favorite thing about swag bags in general is discovering brand new products. And the One Two Cosmetics set is unlike anything I’d ever seen! These are, brace yourself, magnetic eyelashes! Named “Best of Beauty Breakthrough” by Allure in 2016, this is something you really have to see to believe. Despite the length of my own lashes, I cannot wait to try these on in Vegas next weekend. Too good to be true? 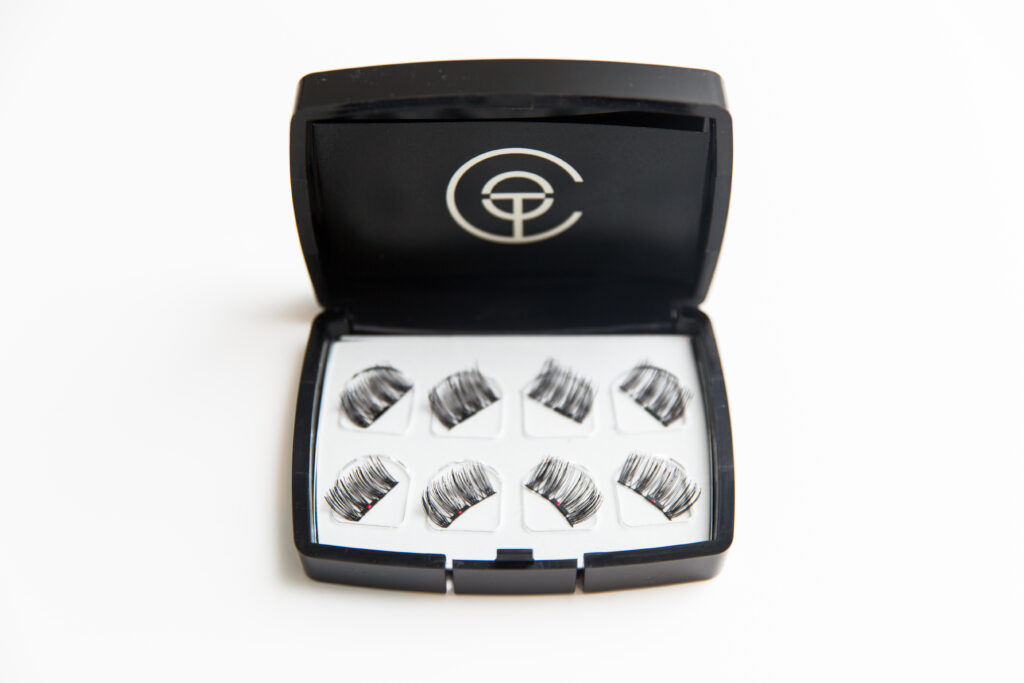 4. Julia Knight Collection: I just moved into a new apartment, so Julia Knight’s Eclipse collection would be the perfect addition to my dish sets. Celebrities gifted the bag received a set of nesting bowls, trays and a spreading knife. Each piece handmade of sand cast aluminum with a blend of enamel infused with crushed mother of pearl.

But the goodies don’t stop here! Some of the many other contents include Caterina jewelry, gourmet macaroons by FreshBakedNY’s Michelle’s Maccs, The Olive Fruit‘s Kiklos Greek extra virgin olive oil, and a “No Paparazzi”-themed Italian leather luxe designer handbag by Isabella Hearst New York.

Now, the fun part (for you!). This year, for the first time ever, consumers will be able to purchase some of the bag’s items at its Pop-Up Shop at Hollywood & Highland, from now thru March 14.

Skyelyfe was created by veteran entertainment journalist Dahvi Shira in Sept. 2014. The site captures the love for her favorite people, places and things in the City of Angels—while incorporating the name skye, which represents dreams with no limits. END_OF_DOCUMENT_TOKEN_TO_BE_REPLACED