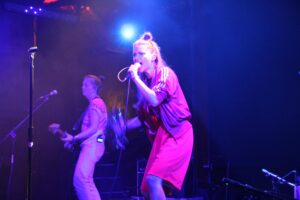 Following in the footsteps of Avicii, Robyn, Icona Pop, Miike Snow, Lykke Li – and the list goes on and on – Tove Styrke (not to be confused with Tove Lo, who is also from Sweden), is making a name for herself in the states.

Her career took off in Sweden all the way back in 2009, when she was a contestant on its version of American Idol. And now at only 22 years old, she’s proving she can make it as a worldwide star. 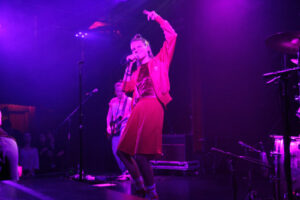 The electropop singer, who I included in this week’s New Music Monday, made an energetic debut at West Hollywood’s Troubadour last night, and she did not disappoint. Performing a handful of songs, including “Borderline,” “Brag” and “Even If I’m Loud, It Doesn’t Mean I’m Talking to You,” there was not a single body in the venue that wasn’t bouncing away to her infectious sound.

Luckily, I had fellow Tove Styrke fan Natalie Kanooni on hand to capture some of the action in photos. Enjoy the shots, and check out one of the adorable singer’s singles “Ego” below!: 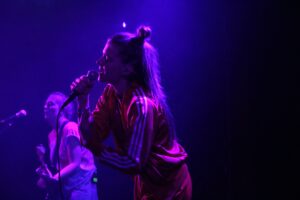 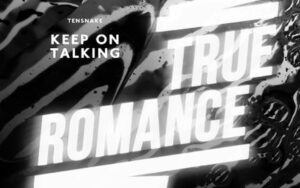 Nothing gets a dreary Monday going quite like some upbeat disco from Tensnake, and that’s just what you get with his new single “Keep On Talking.”

If you’re a fan of Tensnake’s sound, then perhaps you will also enjoy “The Sky” by Jyra, “Endless Dreams” by Taste Nasa or “Doing Yoga (Original Mix)” by Kazy Lambist.

But that’s just a tiny taste of what else makes up this week’s New Music Monday playlist, which also includes fresh Future Islands, Passion Pit, JES, and Wild Style, a ladies duo whose sound reminds me of Icona Pop.

If your day is winding down, then you’ll definitely want to give a listen to the mellower of tracks by Braids, Avec Sans, Lane 8, The Weepies (who pulled off an excellent cover of Tom Petty‘s “Learning to Fly”) and Odessa (who I interviewed a few months ago).

I hope you enjoy the 24 new songs below:

Skyelyfe was created by veteran entertainment journalist Dahvi Shira in Sept. 2014. The site captures the love for her favorite people, places and things in the City of Angels—while incorporating the name skye, which represents dreams with no limits. END_OF_DOCUMENT_TOKEN_TO_BE_REPLACED