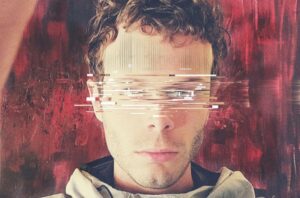 I’m still trying to keep my eyes open in recovery from my Grammy weekend , so I’m going to keep this brief, but as we spent yesterday reflecting on the biggest hits of 2014, we must look ahead to all the good new music coming our way now.

That said, speaking of Grammy events, if you are a fan of The Weeknd (who I caught live on Thursday), then you will love Portland-based Shy Girls (Dan Vidmar), who I’ve been a fan of for quite some time. One word: sexy. I’ve included “Arrest Me,” featuring Tei Shi off his new mixtape 4wz. In case you are unfamiliar, the R&B crooner has toured with HAIM and Little Dragon, and his voice is featured on one of my current favorite tracks, “All We Need,” by Odezsa.

If nu-disco is your thing (it sure is mine!), I’ve included “Shine On You” by Satin Jackets, “Weekend,” by Mocki and “Heyho” by Dropic Thunder.

Listen to the playlist below for 15 new tracks, including Seven Lions, trumpet-infused electronic by Big Gigantic, radio-friendly rap by Kid Ink and some pop-rock by Randy Jackson‘s latest project North of Nine:

Skyelyfe was created by veteran entertainment journalist Dahvi Shira in Sept. 2014. The site captures the love for her favorite people, places and things in the City of Angels—while incorporating the name skye, which represents dreams with no limits. END_OF_DOCUMENT_TOKEN_TO_BE_REPLACED