Fall is nearing, but there are a handful of artists in this week’s New Music Monday playlist who can’t seem to shake the summer vibes.

From Röyksopp and Susanne Sundfør‘s “Never Ever” to Pat Lok‘s “Let Me Show You In,” along with a slew of others, there’s a dance party in the making.

Right up there on that list is Tritonal‘s upbeat melodic “Running Into Me,” from their just-released album Painting with Dreams.

But if you’re feeling on the more mellower side, you should give a listen to Teeth & Tongue‘s “Do Harm,” “Ride to Die,” by The Shallows, “I Still Wonder,” by The Chain Gang of 1974, and Psychic Twin‘s “Running in the Dark,” from their debut album Strange Diary.

Click the playlist below for 29 new tracks, which also includes Elohim, Oliver, FRENSHIP, Rameses B and more! 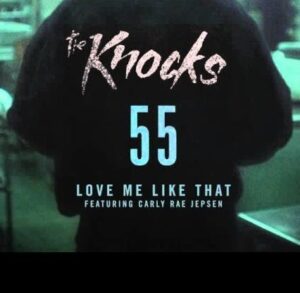 If you need more than just a large cup of black coffee to get you going on this rainy-turned-disappointingly-sunny Monday, I’ve got just the fix!

My 18-song selection for this week’s New Music Monday is totally upbeat and perfect for putting you in the mood for a positive work week.

Carly Rae Jepsen teamed up with one of my favorite acts The Knocks on “Love Me Like That,” Tinashe and her consistently sexy vocals shine on “Ride of Your Life,” Don Diablo‘s remix of Birdy‘s “Keeping Your Head Up” will have you on your feet and Me & My Toothbrush impresses yet again with their signature disco-infused sound on “Living for the Moment.”

Click the playlist below for the full list, which also includes Autograf, Fifth Harmony, Rameses B, Tritonal, Way Out West, Pr0files and – blast from the past – Mya!

There’s a lot of new music in store this week! I bring you an eclectic mix of everything from Rameses B‘s dreamy drum n bass sound on “We Love,” to some good ol’ Southern rap by a longtime favorite Paul Wall off his new album Po Up Poet.

Kitsune compilations are never a letdown, and the latest – called the Season’s Greetings Mix – is no exception. Filled with light melodies, my favorite on the album is Amtrac‘s remix of “Kiss to Kiss” by The Swiss & Roxan.

Purity Ring, Kygo and Avicii also have new music, which keeps to their signature sounds.

Check out the list of 10 new songs below, which also includes Mikky Ekko, CamelPhat and Omarion, featuring Chris Brown:

Skyelyfe was created by veteran entertainment journalist Dahvi Shira in Sept. 2014. The site captures the love for her favorite people, places and things in the City of Angels—while incorporating the name skye, which represents dreams with no limits. END_OF_DOCUMENT_TOKEN_TO_BE_REPLACED