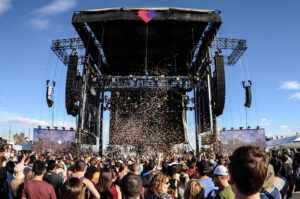 With fall underway, most of the year’s biggest music festivals are a thing of the past.

But Life Is Beautiful gives people a chance at one final big festival hurrah until 2016 Coachella. 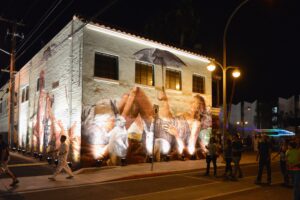 Skyelyfe sat down at Soho House in West Hollywood with the festival’s co-owner, WENDOH Media‘s Ryan Doherty. Doherty discussed the headliner selection process, the things that set this festival greatly apart from the others and some of the year-long challenges that were faced in pulling this incredible experience together.

Read on to learn six behind-the-scenes things to know about Life Is Beautiful festival:

1. The Setup Is Wild

“At a music festival, you’re usually in a venue. In this case, the entire downtown is turned into a venue,” Doherty said. “We fence off 17 blocks, we have stages and parking lots in the middle of the streets. There are casinos, bars, restaurants that become parts of the venue. It has this ever-evolving footprint that changes every year.” 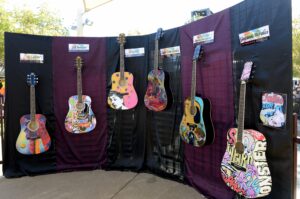 2. Here’s How the Headliners Came to Be

“We had a lot of artists we went after for headliners,” Doherty said. “The festival scene has gotten so broad now. There’s a festival every weekend, and we’re all fighting over the same talent. We got lucky. We did end up getting who we wanted. Stevie Wonder was a big get for us. He’s not going to be playing for a [much longer] time. You never know when he’s going to hang it up, so for us to get him for a festival is a good get. We had hoped to get Imagine Dragons because we don’t have a local sports team. We have very few hometown heroes. So, the Killers and Imagine Dragons are like our two hometown heroes. and Kendrick, we kind of bet on that horse, so we got him a long time ago and hoped he would catch on fire. And so far, it’s paid off. He’s turned in some great festival performances already this year. His music is smart and conscious. One of the goals was to make the lineup diverse, and I think that was accomplished.” 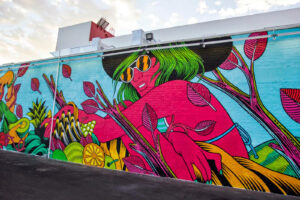 3. The Challenges of Putting Together L.I.B Differ from Other Festivals

“There are a million moving parts to a music festival,” Doherty explained. “There are tons of speed bumps, but no obstacles. It just takes a long time to get things done. Most of you go to a music festival and you have to deal with the personalities of rockstars. We have to deal with the personalities of chefs and rockstars. We have an entire speaker series, so we have all these speakers. It’s a lot of stars who have all different personalities and are all coming in from different places from all over the world. Just booking their travel is a full-time job.”

“We have to shut down city blocks, rearrange traffic,” Doherty said. “When you have a venue you can walk into, like a Coachella, where it’s a big field, it’s a lot easier. We have residents that we move to hotels for a weekend, we have perimeter fences that we have to put up around 17 blocks. People are surprised it takes a whole year to put this together, but it’s 100,000 people across four pillars. We have the speaker series, we have the culinary program, then we have the musicians and then we have art.” 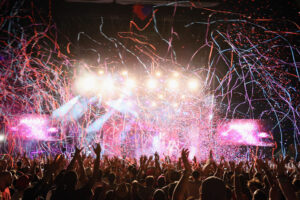 5. The Festival’s Learning Project Is Something That Doesn’t Exist Elsewhere

“It’s essentially built around the platform of small, 200-300-person theater-style engagements going on during the festival,” Doherty explained. “It’s short-form content. These are 20-minute sessions. The idea of it is so that if you’re in groups, you can divide off and two of you can catch a session while the others catch a music set and then you can meet up and get some food together. The learning project is really meant to inspire everyone. You’re not getting that at any other music festival – whether it’s an inspirational culinary experience or little pop-up demonstrations.”

6. Despite Its Las Vegas Location, L.I.B. Doesn’t Typically Bring Out the Party Animals

“It’s really not that kind of festival,” Doherty said. “It’s not that crazy type of environment.” 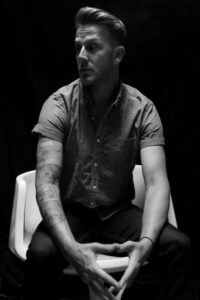 Soccer and music aren’t known to go hand-in-hand, so when it came down to choosing between his two passions, Devin K (born Devin Kirtz) knew the “transition was inevitable” to move solely in the direction of becoming an artist.

“Everybody would be out partying and stuff after our games and I was just kind of in my hotel room, writing at all times,” the former New York Red Bulls soccer pro tells skyelyfe. “I had to put 100 percent into one or the other, and music wins every time. It’s not even a question.”

So now, with four years of living in Los Angeles under his belt (he originally hails from nearby Long Beach, Calif.), the multitalented musician is ready to make a name for himself in the sound space – and he’s starting to make waves with his latest single “Move” (more on that at the bottom).

The 26-year-old – who already has some minor tracks from years past on his discography – spills on everything from his dating status and musical influences, to his cooking skills and his full sleeve of tattoos! 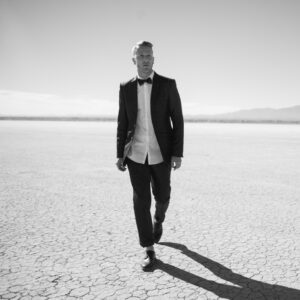 SL: What was the influence behind “Move?”

DK: I was on much more of a poppy path when I first moved to L.A. It was definitely an eye-opener. I didn’t really know what to expect. It was kind of everybody directing me in where they thought I should go as an artist, but I thought what better way to show my [own] style than to just ask people if I make them want to move.

SL: Who are some of your artist influences?

DK: I’d say huge, huge influences of mine aside from all oldies are Robin Thicke and Lauryn Hill.

DK: I actually have way too many tracks and we’re just trying to decide what’s going to be next. I think I’m going to start off with an EP, as well probably four or five other tracks. We haven’t decided yet.

SL: Are you going to stay with the sound of “Move?” What can we expect?

DK: I want everybody to expect soul-pop mixed with a hip-hop influence. Almost soul-pop R&B with lyrical meaning. As I release more songs, you’ll see the lyrical context get deeper.

SL: Being from Long Beach, which isn’t far from L.A., but yet still so different, what was the move and adjustment like?

DK: Everyone out here seems to be from somewhere else. I feel like I’m the exception being from Southern California. But it’s crazy how it’s 45 minutes away and it’s a whole new world. It’s been a crazy transition, but I definitely have not looked back. I love it. I love downtown and the beach. Growing up in Long Beach, I’m always, always at the beach.

SL: Can you talk a little about the inspiration behind your tattoos? Have you always been a tattoo guy?

DK: I got my first tattoo in a garage when I was 15 in Long Beach. My friend did it with a safety pin and India Ink. It was so sketchy [laughs]. I grew up very religious. My first tattoo was of a cross and then after that, the same guy legitimized himself and got his first tattoo machine. Then when I was 17, I got a soccer ball with an Argentina flag. My mom’s from Argentina. And then there are three songs I ended up turning into my whole sleeve. My three favorite songs: “Yesterday” by The Beatles, “Man In the Middle” by Michael [Jackson] and then Stevie Wonder.

SL: A sexy guy like you – single? Taken? What’s the status?

DK: I’m not in a relationship. Music is my girlfriend, wife, everything at the moment.

Last time I couldn’t stop laughing: “Ok, people didn’t think this movie was funny, but maybe I just watched it at the right time or whatever, but The Interview was so funny. I was dying watching it.”

Last concert I attended: “I just attended the best show I’ve ever seen. It was the day before the Grammy’s. I saw Big Sean at the House of Blues in West Hollywood. On one stage, he brought out Chris Brown, [Justin] Bieber, Meek Mill, Tyga, J. Cole, Kanye West. It was everybody on one stage and I was like, ‘What is going on?’ ”

Last thing I cooked: “I cooked chicken parmesan on Valentine’s Day. The boy can cook! I’m telling you, it turned out really well!”

Last time I was injured: “I just ruined my foot playing flag football. It was because of my manager. I’m running straight at him and he kind of ducked the other way and my foot went right into his shoulder.”

Last present I bought for someone: “My mom and I hike a lot. So I got her some hiking shoes for Christmas.”

Skyelyfe was created by veteran entertainment journalist Dahvi Shira in Sept. 2014. The site captures the love for her favorite people, places and things in the City of Angels—while incorporating the name skye, which represents dreams with no limits. END_OF_DOCUMENT_TOKEN_TO_BE_REPLACED