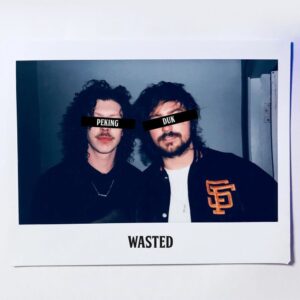 With Valentine’s Day just a week away, why not honor the special date (or month!) with what you love most: music?

This February, I’ve got 39 new tracks from a slew of varying artists. Let’s start with electro duo Peking Duk, who I was supposed to see live at The Roxy last week, but to my dismay, the show was postponed ’til June (WTH?!). That said, I still love them no matter what, and their song “Wasted” is my favorite new track of the moment.

I’m also loving “Russian Soul,” by Skott, a newer artist who has a sound reminiscent of Zella Day. Skott’s entire four-track EP “Stay Off My Mind” has been in my regular rotation, and I definitely recommend giving it a listen.

Additionally, I’m enjoying the upbeat “My My My!” by Troye Sivan, which is a depart from his characteristically slower sound.

To hear all the fresh tracks for yourself, check out the playlist below, which also includes The Neighborhood, Migos, Lane 8, Keep Shelly in Athens, Emilie Brandt, Captain Kidd, Mt. Si, Mannywellz and more! There wasn’t a stationery body in the building on Saturday night, as electronic artists Elohim and Gryffin respectively took the stage at L.A.’s El Rey Theatre to a jam-packed crowd.

Elohim – celebrating the upcoming May 20 release of her self-titled debut EP, along with the recent release of her new single “Sensations,” which I featured on yesterday’s New Music Monday playlist – brought not only her melodic, synth-pop sound, but hit the stage in her signature oversized white coat. The Israeli beauty played a live set of a handful of her catchy tracks, including “She Talks Too Much,” “Xanax” and “Bridge and the Wall,” with colorful videos as a backdrop. Show-goers (myself included) were loving every minute, as this was the perfect lead-up to Gryffin’s set, which went until midnight.

Gryffin had no problem keeping the dance party going, closing out the evening with his high-energy, melodic remixes of a slew of popular songs, including “Desire” and “King” by Years & Years, “Youth” by Troye Sivan, “The Middle,” by DJ Snake and “Roses” by The Chainsmokers. As part of his Coming Home tour, the DJ actively went back and forth between the drums, the electric guitar and other instruments during his set to give the head-bobbing crowd a captivating performance! 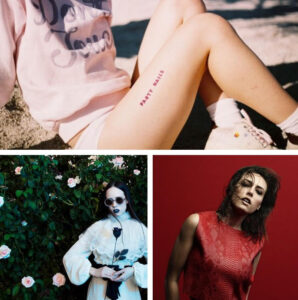 When it comes to pop music, I feel like we are in dire need of some fresh talent.

There’s only so much I can take on the radio currently (missing you immensely 2010, 2011 [ie. Loud, Animal, Pink Friday, Teenage Dream, Femme Fatale]).

That said, I have not lost complete hope in the state of pop. Besides, the realms of Top 40 rotation aren’t where I should be looking in the first place (obviously).

So, I bring you a list (and playlist at the very bottom) of three incredible up-and-coming independently signed artists with beautiful voices, powerful lyrics and catchy melodies that don’t make me want to drill my head into a wall. 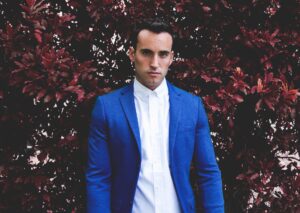 Cameron Ernst is from Andover, Kansas – but the indie-pop singer-songwriter had big city life on the brain from the time he was young.

During early youth, he began singing in a prestigious local choir, per the suggestion of a mom in town who heard his impressive vocals. The experience excitedly led him to a performance at NYC’s Carnegie Hall.

And after years in Kansas of piano lessons and participating in his school’s band, Ernst spread his wings and made his way to L.A. to attend USC, later deciding to move out here for good to pursue his dreams of being a musician.

“I’ve learned not to wait around for someone to help me with my career,” he tells skyelyfe of making the proactive transition from small town to big city. “I’ve got to keep pushing forward in creating great music and be the driver in my career moves. I’ve also learned that I can be content with where I’m at now and still be proactive with pushing forward, which is hard to do in a fast-paced culture where we’re constantly looking at what’s coming next. The move was a big milestone in my life, and takes a lot of courage and determination, especially as an indie artist.”

The emotional decision to move is much of what is featured on Ernst’s debut album Steadfast (scroll to the very bottom to listen), which was released on Sept. 14. 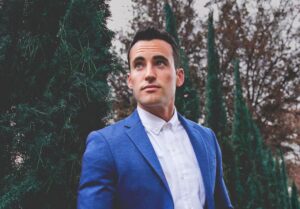 “All of the songs are from personal experiences or situations I was inspired by,” he says. “It’s interesting to look at the songs individually and connect them to what I was going through when I wrote them. As a collection, the album is definitely a chapter of my life where I was putting things that have scarred me in the past and learning to move forward and see the bigger picture in life.”

Ernst addresses some of those moments that have “scarred” him in “Vagabond,” the first single off the album. The song touches on his days back in Andover when, for example, he used to get picked last in gym class – which caused him lasting feelings of isolation and being unwanted. But in retrospect, he feels like that pain contributed to the journey that led him to where he is currently, and now he is only looking ahead.

“In a year from now, I’d love to be putting out new music with a bigger team of people and touring with a larger artist so my music can have a bigger reach,” he says.

Among his dream touring partners?

Perhaps Walk the Moon, Troye Sivan or Jarryd James, who he notes as some of his favorite artists right now. But Ernst credits Taylor Swift, Broods and M83 for inspiring the work on Steadfast, while not failing to acknowledge that country music is his “guilty pleasure.”

Although Ernst no doubt wants to live the L.A. dream and experience the mainstream success of some of his beloved acts, he insists he won’t be changed by potential fame.

“My morals and values were definitely instilled in me from growing up in Andover,” he says. “I’ll forever be a good ol’ small town boy.”

In Recovery Mode from Memorial Day Weekend Festivities? Relax with These 13 New Tracks! 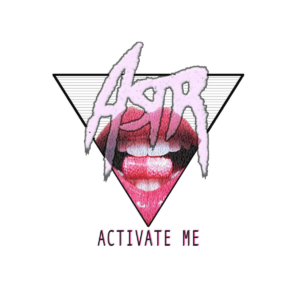 Whether you went to Lightning In a Bottle festival or simply spent the weekend BBQing with friends, chances are you’re a little worn out after the weekend that honors those who have died fighting for our country. And hey, I don’t blame you. Hitting up Rhonda‘s #RHONDESIA disco party at the Mondrian in West Hollywood could not have been a better way to enjoy my Sunday, but it definitely took a lot out of me.

So, what better way to decompress after a wild holiday weekend than with some new music to sort through on the day back to work?

Luckily, two of my absolute favorite acts Goldroom and ASTR each have some new material, while Troye Sivan makes a little cameo on Zedd‘s new album with “Papercut” and Birdee‘s “B-Love” takes me back to the vibe of this weekend’s dance party.

Check out the playlist of 13 new songs below, which also include songs by Rico Love, Tame Impala and Kraak & Smaak :

Skyelyfe was created by veteran entertainment journalist Dahvi Shira in Sept. 2014. The site captures the love for her favorite people, places and things in the City of Angels—while incorporating the name skye, which represents dreams with no limits. END_OF_DOCUMENT_TOKEN_TO_BE_REPLACED